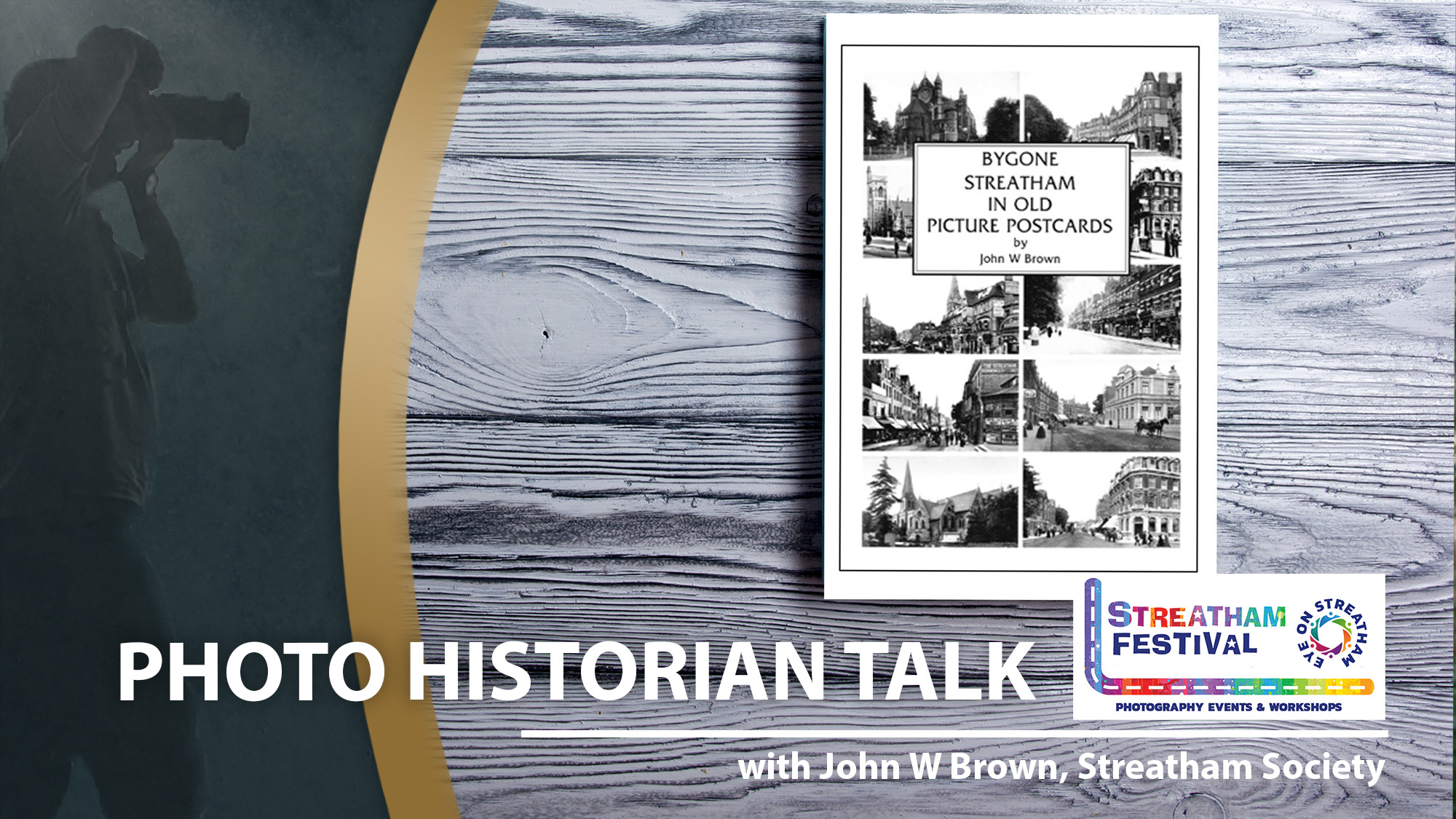 An illustrated talk featuring a wonderful collection of vintage photographs of Streatham taken more than 100 years ago will be the subject of a talk given by the well-known local historian, John W Brown, during the Streatham Festival.

This fascinating glimpse of Streatham in days past is contained in a new book by John called “Bygone Streatham In Old Picture Postcards”.

The publication features almost 250 old Victorian and Edwardian old photographs of Streatham taken at a time when the town  was being transformed from a small country village into a bustling southern suburb of London.

Many of the fascinating old views in the book have never been seen since they were first issued over a century ago.

In the late 19th century, when mobile phones, emails and the internet did not exist, the Victorians developed a new means of communication which provided a cheap and speedy means of messaging. They called it the postcard!

The first printed postcards were issued in 1870. They were a simple plain card with a printed 1/2d stamp on one side where the address of the recipient was written; the message being detailed on the reverse of the card.

However, it was in 1902 that a change to the design of the back of the card revolutionised the mail when it became permissible for the address to be written on the right hand side of the card with a message on the left. This meant the whole of the front of the card was now free to carry a picture.

This simple change led to a massive increase in postcard traffic with publishers reproducing a variety of pictures, photographs and illustrations on the front of the card.

Each week millions of postcards were sent to family and friends and collecting them rapidly became a popular hobby.

Streatham stationers, printers and photographers were quick to exploit this demand and a number produced local views for sale in their shops.

John’s book features copies of postcards issued by 15 local Streatham publishers in addition to a number of views produced by unknown local businesses or individuals.

The images show a Streatham inhabited by ladies wearing flowing frocks and carrying parasols and where every man’s head is covered with a smart hat or shabby cap. These were the days when the fastest thing on the road was a horse and cart and children wearing sailor suits and smocks played in the street free from the fear of passing traffic.

BYGONE STREATHAM IN OLD PICTURE POSTCARDS costs  £7.50 including postage, and is available from the Streatham Society website https://www.streathamsociety.org.uk/publications.html