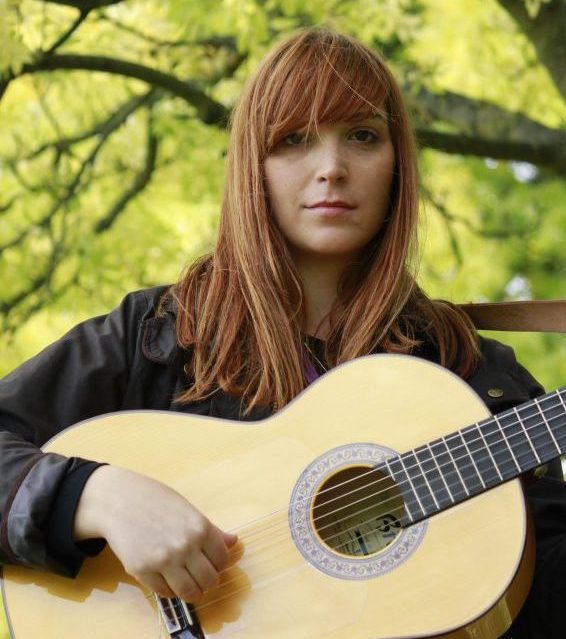 Bity Booker is a folk singer and songwriter based in London. Her songs are mostly voice and classical guitar with a few whimsical touches such as bells, musical saw, and sparrow sounds, but the effect is mystical, mainly due to Bity’s precise, hypnotic fingerpicking style and elastic voice.

Bity grew up in the Italian countryside in a house with many animals including ‘Dodo’ the crow, ‘Freddy’ the fox, and ‘Willy’ the hedgehog. This strong connection with nature has had a peculiar influence in her songwriting.

Her music brings subtle strains of the 1960s psychedelic magic and genuine and original storytelling. Be prepared to delve deep into Bity Booker’s musical world and listen to fantastic stories, each song a character with a timeless personality and melody.