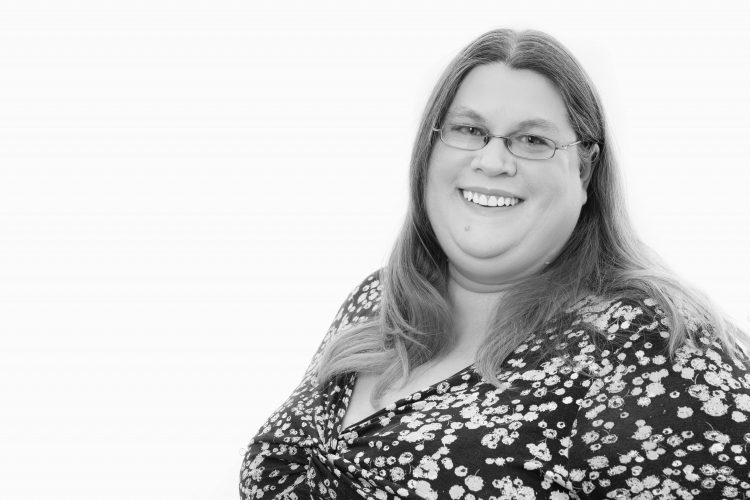 Héloïse, known as Ellie, has lived in Streatham since 2008 when she moved to London to pursue a career in Higher Education Administration.

In 2013, she found Streatham Choral Society and rediscovered the joys of part singing. Ellie joined the committee four months later. As Chair of Streatham Choral 2016-20, Ellie has seen the choir and Streatham blossom in recent years and loves its village feel.

Ellie first joined the Festival Committee in 2019. and has now assumed the role of Chair ahead of the 2021 Festival. She is relishing the challenge of promoting the wealth of arts, crafts and literature that can be found in and around Streatham. 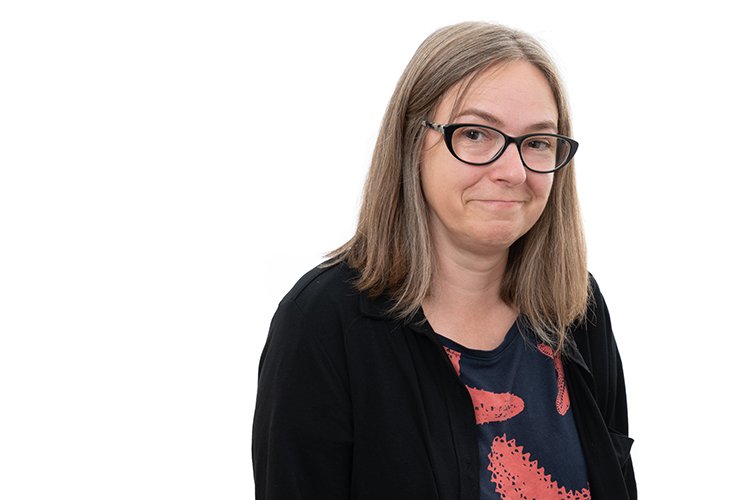 Helen has been coordinating volunteers throughout the Pandemic to deliver emergency food parcels to the community.

She has persuaded friends, neighbours and complete strangers to lend a hand – you have been warned!

Since her volunteering with Museum of Brands’ community outreach programme was put on pause, she’s missed her reminiscence sessions for people living with Dementia, and their carers.

Our Concerts at Home series, supported by Thrale Almshouses will be her main focus this year, in addition to supporting Ellie, building up a team of talented local people, and celebrating all things volunteering and Streatham Festival . 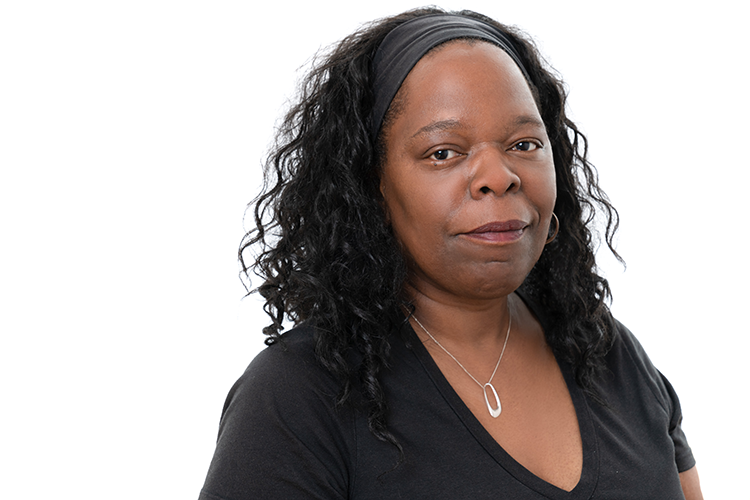 Ann-Marie is manager/editor and co-owner of photography studio LDN Photography/MAAN Studios based in Empire Arches, Streatham and she has lived in SW16 with Mark her partner/co-owner/photographer for the past 16 years.

For the past three years they have been participants in the Streatham Festival offering free portraits and studio open days, raising money for charities and local schools, product photography/personal branding to local businesses as well as offering everyday family photography services.

MAAN Studios encourages local talent by running regular photography workshops and renting out their affordable studio to creatives for their projects which in the past has included X-Factor stars El’tee and Shan Ako who filmed their music videos there.

Our fun Streatham fact is hosting Rick Astley for his recent album cover photoshoot by local photographer Peter Neil (@shootthesound) and three years of begging Naomi Campbell to come back home to Streatham for a photoshoot! 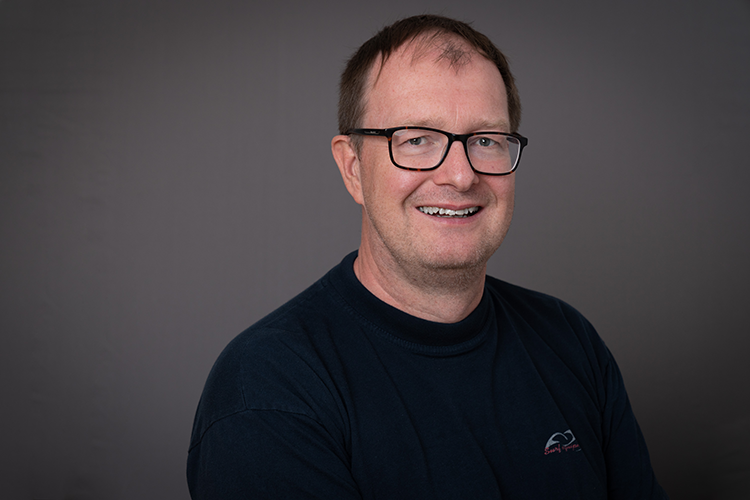 Robert is the Treasurer of Streatham Action – the local community forum campaigning on transport, planning and the environment – and a trustee of the Streatham Society – which promotes talks, walks and events on Streatham local history and wider issues.

He is a former Chair of Streatham Town Centre Partnership Board.  His day job is working on financial reporting in Whitehall.

He has lived in Streatham since before the closure of Pratts department store. and hopes all copies of the 1990 video of his much younger self wearing Jarvis Cocker glasses and holding aloft a “Save Our Pratts” banner have been wiped.In his spare time he enjoys listening to music, gardening (both the ordinary and guerilla varieties) and fails to swim as often as he should at Tooting Bec Lido.

Robert has been involved with the Streatham Festival since it started, and has been on the Festival committee in a range of roles since. (He thinks they probably only keep him on as he is the only person who can still remember how all the bits of tents and gazebos fit together.)  He tweets at @rjdoylesw2 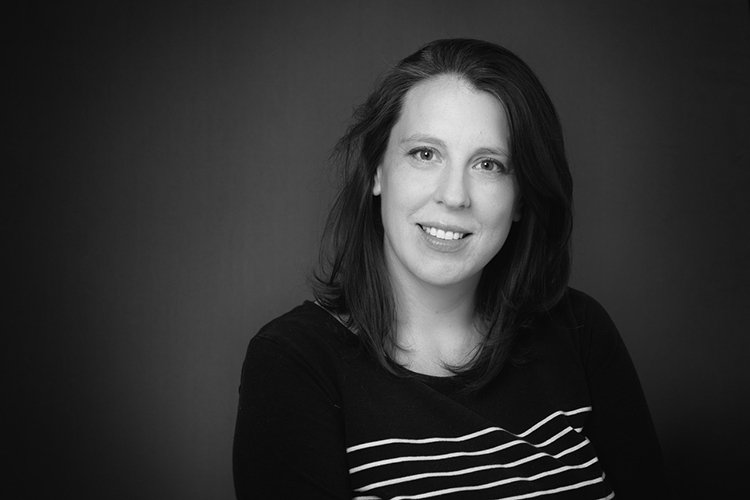 Beth coordinates Streatham Festival’s family events and takes care of our social media (if you DM us, it’s probably her you’re talking to!).

When she’s not instagramming about the Streatham Strut you’ll find her working as a freelance journalist and media consultant as well as looking after her growing family and French bulldog in Streatham Vale.

Beth’s favourite thing about Streatham is the people, “Everyone is so friendly, it’s not quite like anywhere else in London, you can’t walk down the street without someone smiling or saying hello. It really is the friendliest of places!” 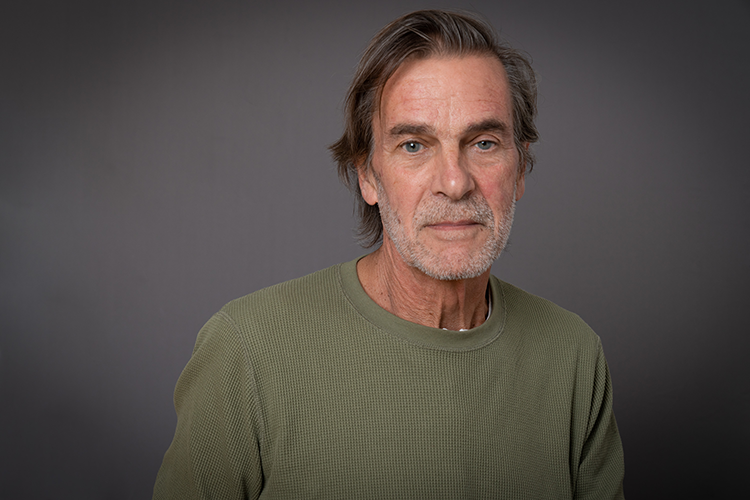 David had an extensive background in Fleet Street with local, regional and national Daily and Sunday newspapers.  Subsequently running his own national sales and marketing company with clients within the consumer and business to business markets.

This was combined with an international business, in collaboration with US and European media companies, representing their interests across the MEA, the Far East and Europe, with a network of Associate companies.

He now contributes to Heart Streatham magazine, with a distribution of 17,000 copies, the only monthly title serving the interests of Streatham and Furzedown areas.  The printed word lives on! 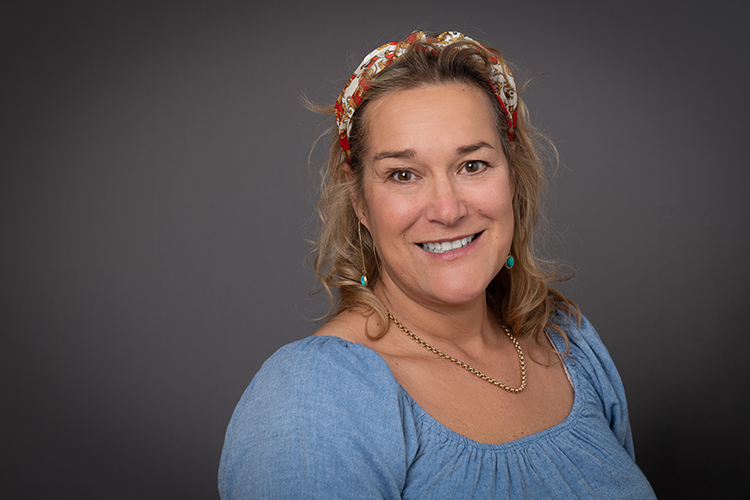 ​Jane has lived in Streatham for 14 years and has four grown-up children. She has volunteered with Streatham Festival for six years.

Her professional background is in publishing, advertising, and media, and she now publishes ❤️Streatham magazine, a magazine all about our vibrant local area that is distributed to homes.

She enjoys connecting local people, performers, and businesses with the Festival.  She helped launch the first Streatham Literature Festival in 2020 (what a year to pick!), the first Festival Ceilidh, and is part of the publicity and sponsorship team. 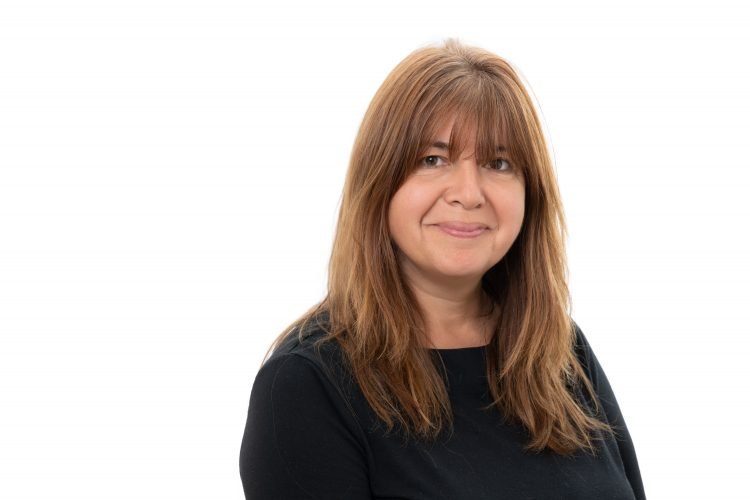 Hi. I am the sort of person that can never say no, so through my life I have ended up doing all sorts of things that I had never planned to do, that’s how I came about being the new coordinator of StreatArt!

It never crossed my mind to take on such a role, but I thought, why not. I have a lot of experience working in events, fundraising, marketing and PR.

I also grew up just down the road in Tooting Bec so used to come to Streatham regularly.  I still remember Cats Whiskers nightclub, Che Guevara clothing store, the ABC cinema and everyone’s favourite, Pratts. I have now lived in Streatham for the last 13 years.

There are a lot of creative people living in and around Streatham and it’s wonderful that the Festival offers these people a platform to express their art.

Lucy designed the new logo, branding and website for Streatham Festival in 2018. She now provides technical support and web design updates when needed.

She runs a small business based in Streatham offering web and graphic design to local businesses and organizations.

Lucy has lived in Streatham for 18 years has brought up two children in the area and been involved locally as a PTA secretary , School governor and most importantly as a member of Streatham Strikers football team. This was until she broke her ankle. She now prefers walking as there is less chance of being tackled to the ground. 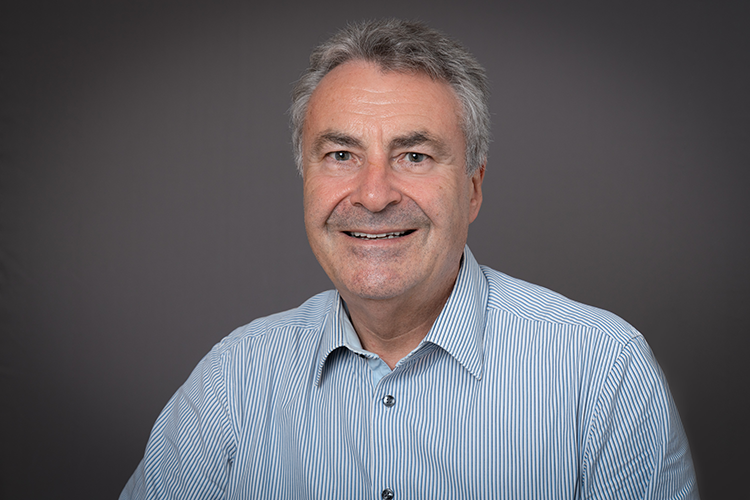 Stephen Whitaker is a Solicitor and the Senior Partner at the Streatham Office of Anthony Gold.  Anthony Gold is a multi- discipline Top 150 Law Firm founded in Streatham over 50 years ago and now with offices also in London Bridge and Elephant & Castle.

The Firm has had an involvement with Streatham Festival from the very beginning. It became a key sponsor some 10 years ago and Stephen joined the Board of Streatham Festival Association ,the Company that runs the Festival ,as Company Secretary in 2011.

Stephen has a long personal history of involvement in the Charity and Community Service Sector largely through membership of Round Table and its associated Clubs. 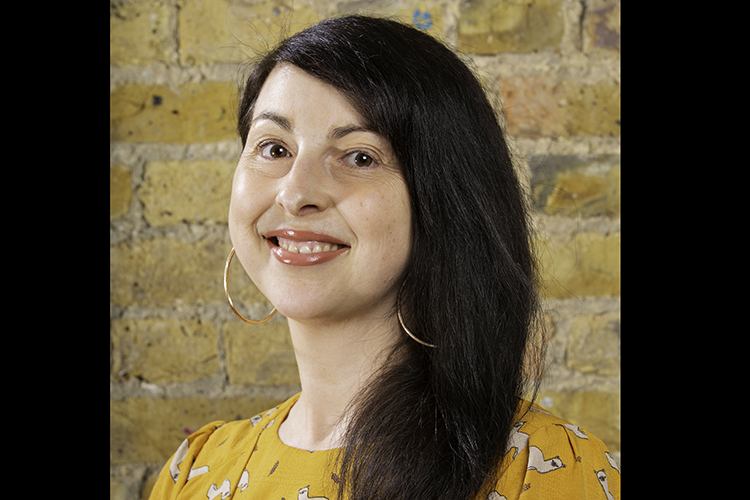 As the Manager of InStreatham, the local Business Improvement District, we are proud to sponsor Streatham Festival and I am proud to be a member of the festival committee.

I first volunteered for Streatham Festival in 2003 and have lived locally since the late 1990’s. As the BID Manager I am blessed to live and work in the area I love leading a programme of improvements for the longest high street in Europe, engaging with a cross-section of stakeholders including statutory bodies, businesses and residents.

Streatham Festival is a great festival to be part of it as it really activates our high street, champions local venues and creates great community spirit for residents to enjoy.
Check out InStreatham webpage. 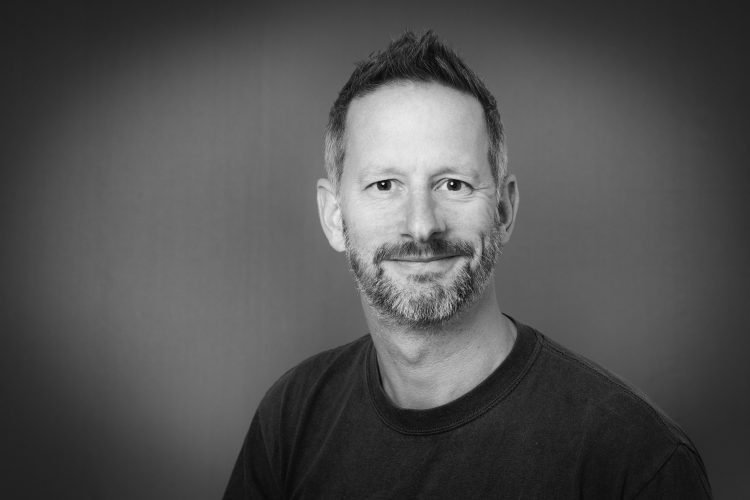 As a keen independent photographer he first got involved with the Festival in 2016 providing support to photograph their events.  To view Phil’s portfolio of work please check out his website philm.photography

Phil also is one of the coordinators of Eye on Streatham, which puts on photography events as part of the Festival including some that he leads.

He has been a resident of Streatham for 13 years and lives on the Vale with his wife and their cat.  Rather unusually, he had once been admitted to Luton Hospital with a shark bite.

History of the festival

We are in the process of updating the website to include more background about the Festival, and therefore this section is a “work in progress“.  If you have memories and photos of the festival that you think we should include please do send them to us so that we can make this site a more complete record of the amazing creative events that the Streatham Festival has helped to make happen.

Streatham has a long history of community arts activity, and there have been earlier celebrations of creativity branded as the Streatham Festival that sadly did not last the course.The current Streatham Festival was founded by local resident Mel Larsen in 2002 with the first events held on Saturday 15th June at St Leonards Church and Hillside Gardens Park. With the active support of then Town Centre Manager Leah Levane and the Rector of St Leonard’s, Jeffry Wilcox, the event showcased local talent such the Streatham Choral Society and the (now internationally famous) poet Malika Booker.

In these early years the Festival was successful in attracting Arts Council England funding which allowed us to commission and present exciting work including Creatmosphere’s site specific sculptures in light at St Leonard’s in 2003 and to bring nationally acclaimed theatre and dance groups to Streatham to work with local schools and community groups.
Mel led the festival for 5 years with a small team of hard-working local volunteers including Nick McCrae, Robert Doyle, Anna Godsiff and Patricia Sauer, during which time it grew to be a week-long annual fixture. Mel was given a Lambeth Civic Award in 2007 for her work on the festival.

We were lucky enough to benefit from funding from the Mayor’s ‘Outer London Fund’ for three years from 2013 (with partnership funding from Lambeth) which allowed us to resume hosting an annual large scale event for the community on Streatham Common.  In a tougher funding climate for the arts, the Festival has subsequently had to change our focus away from the risky business of promoting our own major events to emphasise partnership and promotion of events with local arts groups and venues.The festival has always had a strong visual arts strand, starting with Mel Larsen’s ‘Yellow Bowl’ shows, more recently with the ‘Art 23’ art trails project curated from 2013 to 2015 by Emma Condliffe, and now with the mix of show forming StreatArt.

The success of the Festival depends on our sponsorship from local businesses and donations from local trusts and individuals.   In particular, we are immensely grateful for the generous long term support of Anthony Gold Solicitors, and the more modest but welcome annual contributions from Streatham Rotary and the Streatham Society.

The Festival has also sought to promote Streatham as a place for the arts all year round.  Thanks to Pat Sauer’s assiduous campaigning, an arts and theatre space was included in the development brief for the former Locarno/Caesar’s site at Streatham Hill, which is now completed and operating as Streatham Space Project.